Fed Update: Are we in ‘recession’ yet? 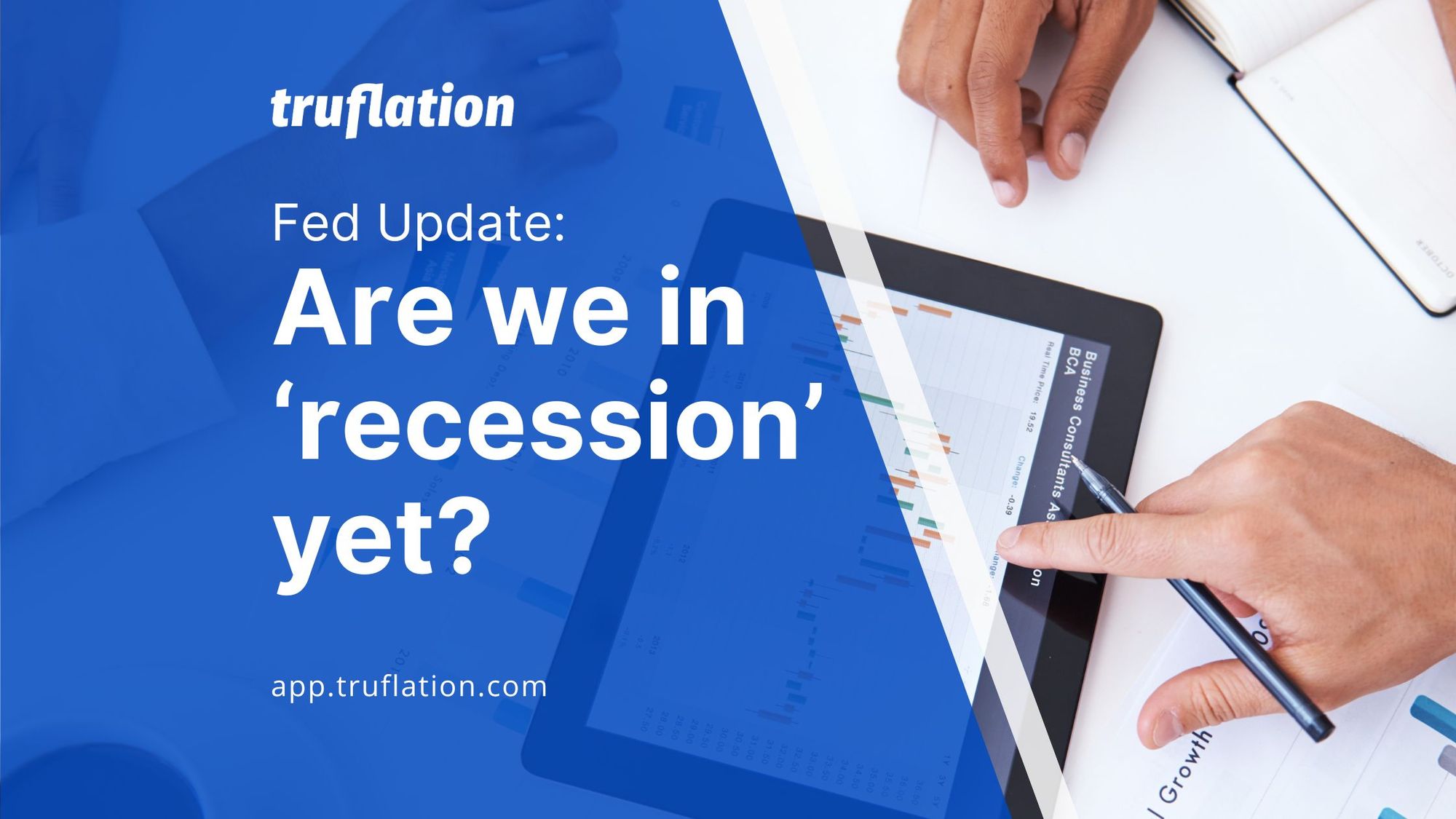 Welcome to the fastest monetary tightening in decades brought to you by the Federal Reserve and globally high inflation rates. On 27th July, the Fed raised interest rates by three-quarter points for the second month. It represents a break from their softly-softly approach of small incremental rate rises at open market meetings in the past. Future markets now expect rates to rise beyond 3.5% by December 2022. Our data suggest that the Federal Reserve’s expectation management strategy may be working. Let’s look at our data insights and where the market thinks we are in this tightening cycle.

At Truflation, our US inflation index decreased for the first time by 0.88% between June and July 2022.  Other datasets suggest inflation may have peaked after the first Fed rate rise. These are a snapshot of a few ‘numbers’ for July:

The above could be attributed to the Fed’s first 0.75% interest rate rise, as all of these categories are sensitive to interest rate rises, especially home sales and consumer confidence. Our Truflation housing index also decreased by 0.76% in July.

In other news, US jobless claims were up by 10.82% in July vs June, yet the unemployment rate dropped to 3.5%. Jobless claims may be rising because of fewer job vacancies, or the unemployment rate is behind the curve like the BLS CPI and is not capturing the right data in its surveys. Interestingly, inflation rates across the US varied by urban areas in the BLS. Those areas with the most job growth and active housing markets had the highest inflation rates in June.

All the signs of the economy being affected by inflation are in the data we see at Truflation. As inflation hits companies, the unemployment rate should change in July as they cut costs leading to layoffs, to be expected as economies move into recession. Many large retailers (Walmart and Target) also reported disappointing earnings again, which points to reduced consumer spending, upward wage pressure due to the tight labour market and bloated inventories at big retailers.

So why was there a market rally after the Fed’s rate rise? It could be relief from the news that US GDP shrank for two consecutive quarters, which is the technical definition of a ‘recession’. Markets want to get their cake (less inflation without the economic pain of a slow down) and eat it too (more QE, please).  No one wants the Fed to continue with quantitative tightening beyond this year. They want the ‘soft’ landing!

This could also be a bear market rally; there were several after the financial crisis in 2009 and 2010. Interestingly, tech growth stocks which lost so much value since the beginning of the year, were the biggest winners in the recent rally as investors moved out of defensive stocks like energy and commodities.

It is too early in this tightening cycle to tell where we are or where we are going. No one has a crystal ball, the Federal Reserve or Truflation. Better real-time data can help consumers and businesses make better-informed decisions.

Check our Truflation dashboards for the US and the UK to see inflation data today.