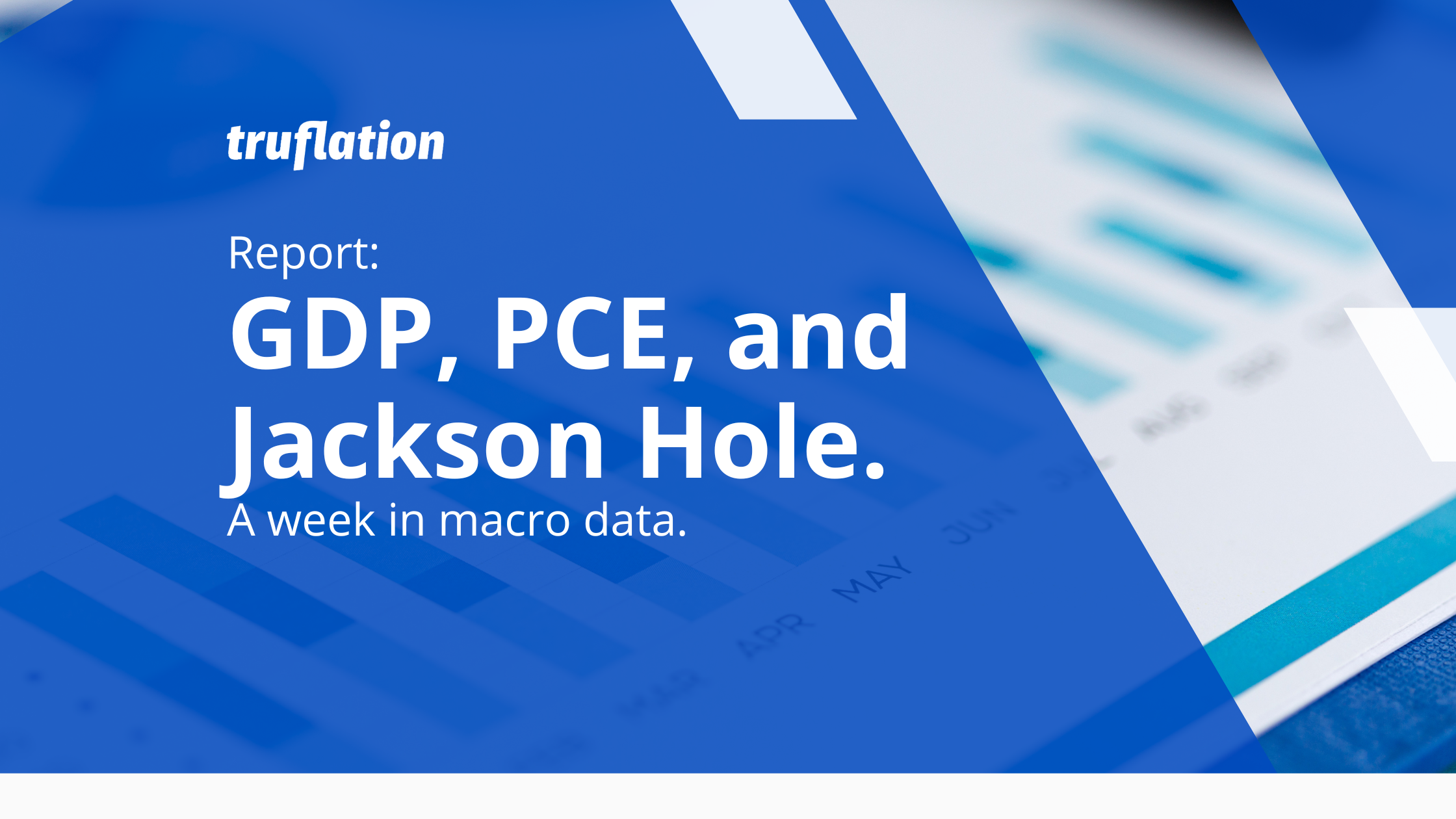 On Thursday, Aug 25, The BEA announced the second revision of the real GDP numbers for Q2 at -0.6% (less negative than the previous read of -0.9%). The change was due to an “upturn in exports and a smaller decrease in federal government spending.”

Historically, two consecutive quarters of negative domestic growth mean recession, but technically recession is only confirmed by the NBER upon analyzing multiple economic indicators, and those paint a confusing picture due to the tight labor market with low unemployment and high job openings.

The third GDP revision will give us the final numbers.

PCE inflation metrics, as announced by the BEA

Upon the PCE release, the Atlanta Fed announced that their forecasting GDPNow software now estimates GDP for Q3 at 1.6% revised from the latest 1.4%.

PCE is a Personal Consumption Expenditure price index that's an alternative way to measure inflation rate. It differs from the CPI in that it collects surveys on personal incomes and outlays and calculates product category indexes based on recent consumer trends.

The core PCE is the same index minus food and energy, the volatile components. According to economists, it better represents more permanent economic trends.

PCE, and especially the Core PCE, has been the preferred index for the Federal Reserve to help them make policy decisions.

Additionally, it’s the PCE that historically runs lower than the CPI is used as the benchmark for the 2% target inflation.

The Fed goes even further, calculating their version of the CPE called Trimmed Mean PCE that excludes all high and low outliers, which, as they explain, helps understand the permanent macroeconomic trends beyond temporary crises and temporary price volatility.

Following the PCE read, Aug 26, Jerome Powell gave a short and much-anticipated speech at the Fed’s annual conference at Jackson Hole. Despite the unusually low PCE results for July, the Chair of the Federal Reserve seemed more hawkish than usual, reiterating the Fed’s commitment to tightening and maintaining higher interest rates for longer.

“July's lower inflation readings are welcome but fall short of what is required before the Fed is sure that inflation is declining.”

“Lowering inflation is likely to necessitate an extended period of below-trend growth.”

“Restoring price stability will most likely necessitate keeping a tight monetary stance for some time”.

Summary of the Fed’s next steps

“We're taking forceful and rapid steps to moderate demand (...) We must keep at it until the job is done."

The analysts interpreted the speech as rather hawkish. The dollar briefly dropped following Chair Powell's speech. Some, however, reiterated that the markets continued to call the Fed’s bluff.