A Valid Concern: Is the Official CPI Undervaluing Inflation? 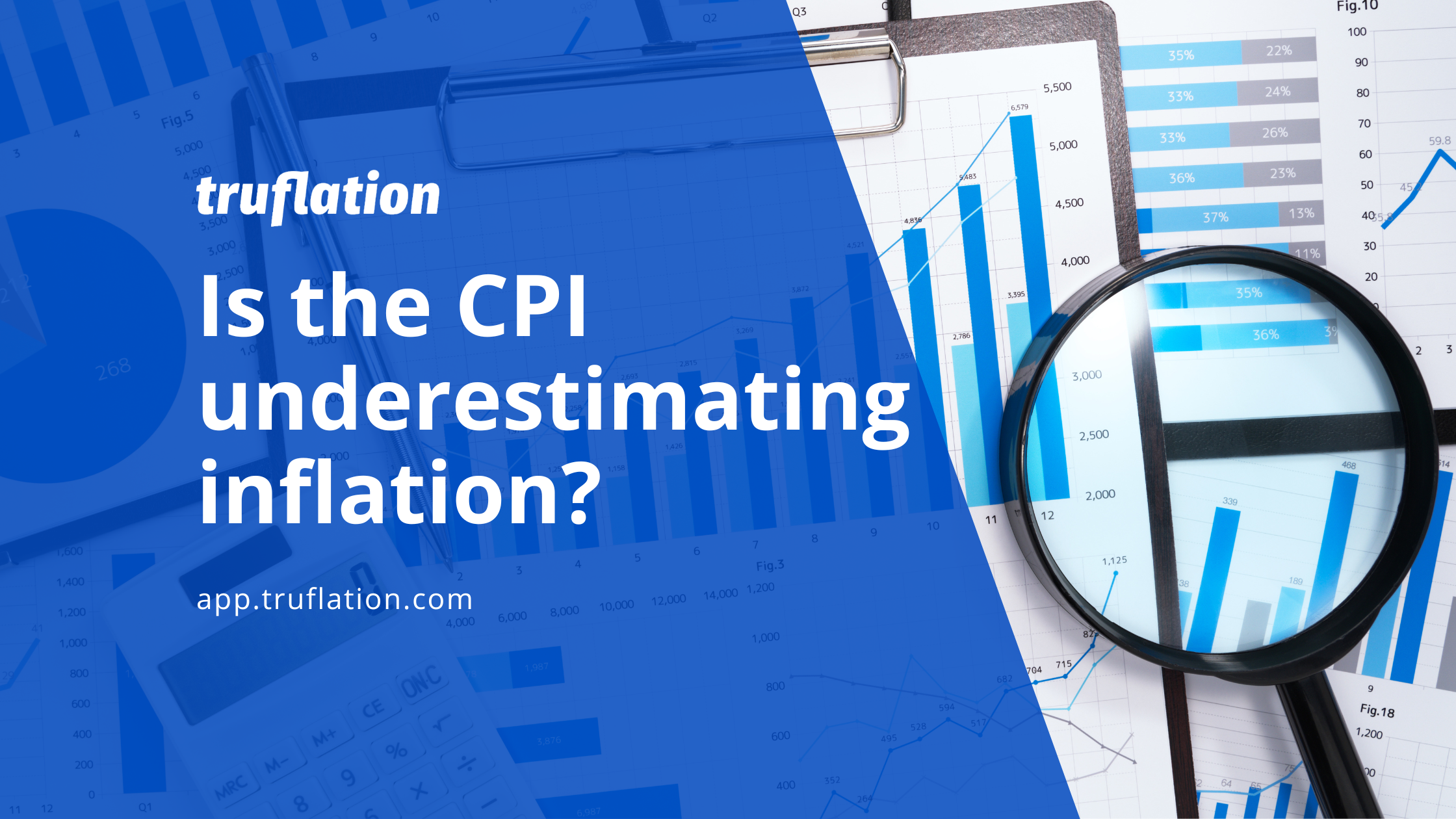 This is how the BLS calculates inflation and how it could be done better.

First, we need to get some basic concepts understood. And do not worry about the formulas below, they are simpler than they may seem at first glance.  The Consumer Price Index (CPI) is a measure of the average change over time in the prices paid by urban consumers for a market basket of consumer goods and services. It is calculated using the following formula:

Where CPI2 is the CPI in the second period.

Where CPI1 is the CPI in the first period.

The result of this formula is used to determine changes in the cost of living of consumers. So, the next logical question is, what is in this basket of goods and services?

The BLS (Bureau of Labour Statistics) is the institution in charge of calculating CPI since 1913.  The BLS states that the basket is composed of 80,000 items collected in 75 urban areas throughout the US and from about 23,000 retail and service establishments. These items are from 8 major groups:

The items in these categories are determined using surveys. However, there is a considerable time lag between the survey and its use in the CPI. As an example, the CPI of 2021 was calculated using the surveys conducted in 2017 and 2018, almost half a decade ago.

The CPI figure is so important because it is used to determine the yearly increase in salaries and social security’s playouts. As well as to determine where tax brackets should go, to publish the GDP growth figures, and perhaps more notably, it is used by the Federal Reserve to adjust its monetary policies.

Therefore, there is no denying that the CPI number is extremely relevant to the US economy. Yet there is a fundamental problem in its calculation. Having a dynamic basket of goods and services creates a situation where items can be substituted, which lowers the effects of inflation.

But it was not always like this. Up until the ’90s, the basket of goods and services was constant. Then in 1995, Federal Reserve chairman Alan Greenspan advocated to “improve” how CPI was being calculated. Finally, how CPI is calculated was changed, also introducing geometric weighting, a mathematical formula that reduces the weightings of goods rising in price and vice versa.

This effect is better understood with an example:

The BLS also introduced hedonic quality adjustments, which aimed to isolate price increases coming from improvements in products. Despite using fancy words, this does not work as intended. For example, it will underestimate the inflation of automobiles. Arguing that a $5000 increase in a car’s price is due to certain improvements compared to last year's model. But all the consumer cares about is that to buy a new car now costs $5000 more. The fact of the matter is that a base Toyota Prius or a base F-150 were cheaper 10 or 5 years ago. And CPI undercounts it.

Due to these CPI shenanigans, Truflation was born.

What Truflation provides is a better way to track inflation using a more objective and decentralized way, in addition to delivering inflation numbers more frequently. Truflation uses a different formula that keeps the fundamental premise of YoY (Year-over-Year) CPI as the measurement of the percentage price change of goods and services between two consecutive years.

Unlike the CPI, the Truflation Index:

The Truflation index also weights the goods and services relative to the consumers’ budget. However, Truflation weights each category differently than the BLS does to reflect consumer budgets more accurately.  Meaning that if housing prices rise, it will have a more prominent impact on the inflation figure than if alcoholic beverages do, as housing expenditure is a larger percentage of a person’s total budget. Hopefully.

Truflation lets everyone have a real grasp of what inflation is really like. Everyone has noticed that their grocery shopping spending has gone up. Considerably more than the claimed  8,3% that CPI reports.

Just like Bitcoin created digital money, and Ethereum brought agreements into the digital world, Truflation brings inflation calculations into the 21st century. And it does in a trust minimized way. The proper way.

The Truflation Index is currently available on-chain through Chainlink oracle.

Join the discussion on Telegram or Discord