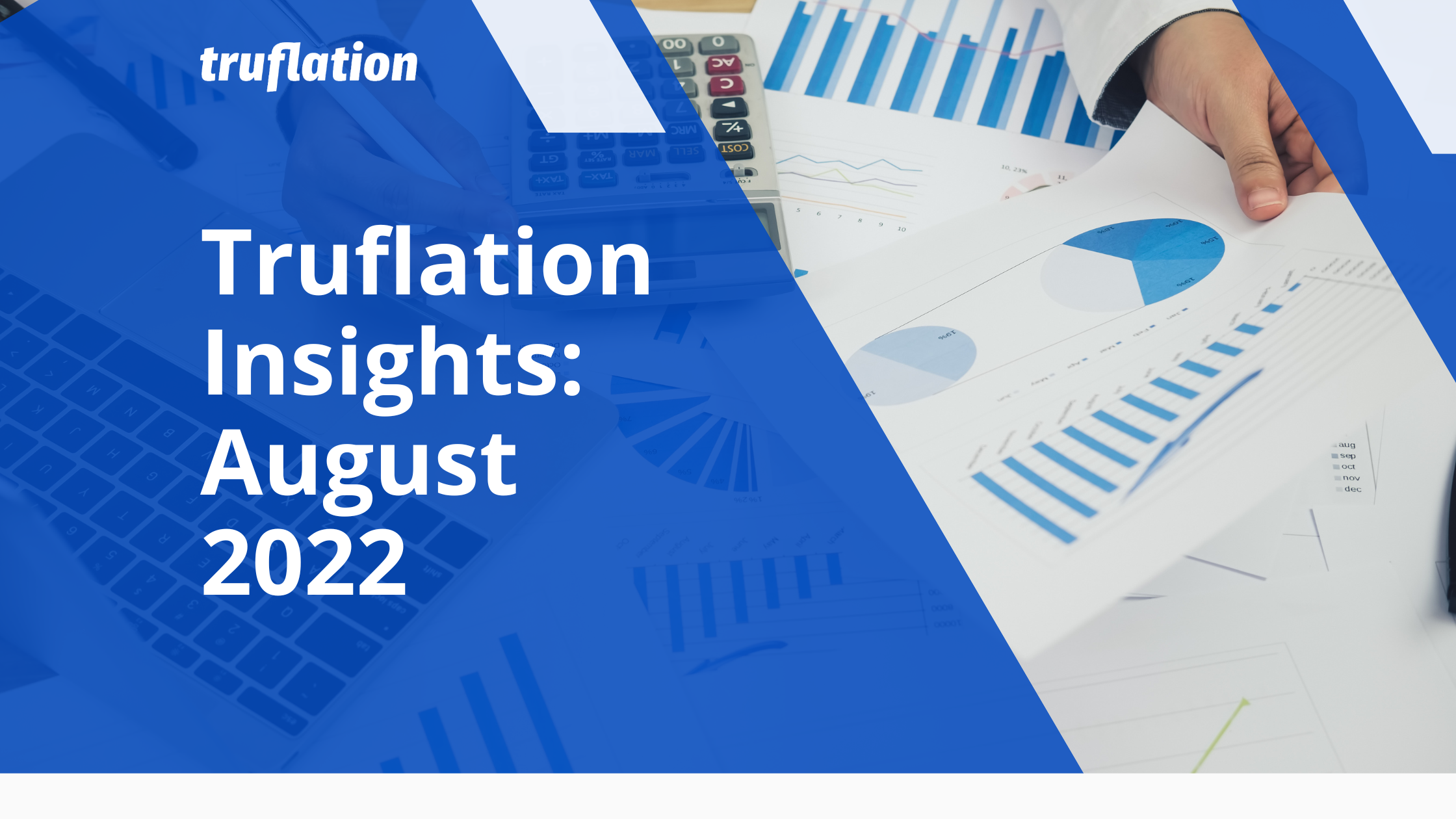 Summer vacation is here, and record-high inflation seems to have a mind of its own as governments, consumers, businesses and central bankers struggle to come to terms with the rising cost of living and higher prices. The Fed continues its tightening odyssey, with markets now expecting another 0.5% increase at their next meeting, and the US has reached ‘technical recession’. So what do we see in our data as we move toward the end of the third quarter?

Here at Truflation, the overall daily US inflation rate continued marginally dropping since mid-June, driven by:

All the consumer confidence indexes and indicators have turned negative in the last month, which shows that higher prices are affecting consumers' and businesses' expectations around growth. Increased jobless claims and the second quarter in a row GDP decline indicate that the economy is starting to slow down.

However, there are mixed signals in the numbers. Unemployment dropped to 3.5% in July as the US economy added more jobs to payrolls than was widely anticipated (jobs data rumbles the Fed’s best-laid plans). For most economists, reducing inflation requires slowing the economy down, which results in higher (not lower) unemployment. When it comes to a soft landing, maybe the Fed is wrong.

Is this temporary summer job growth, or is the labour market still running too hot? Markets will be closely watching the numbers in the Fall to see whether or not job growth is moderating. We are not holding our breath, but better real-time data can help consumers and businesses make better-informed decisions.

Check our Truflation dashboards for the US and the UK to see inflation data today.