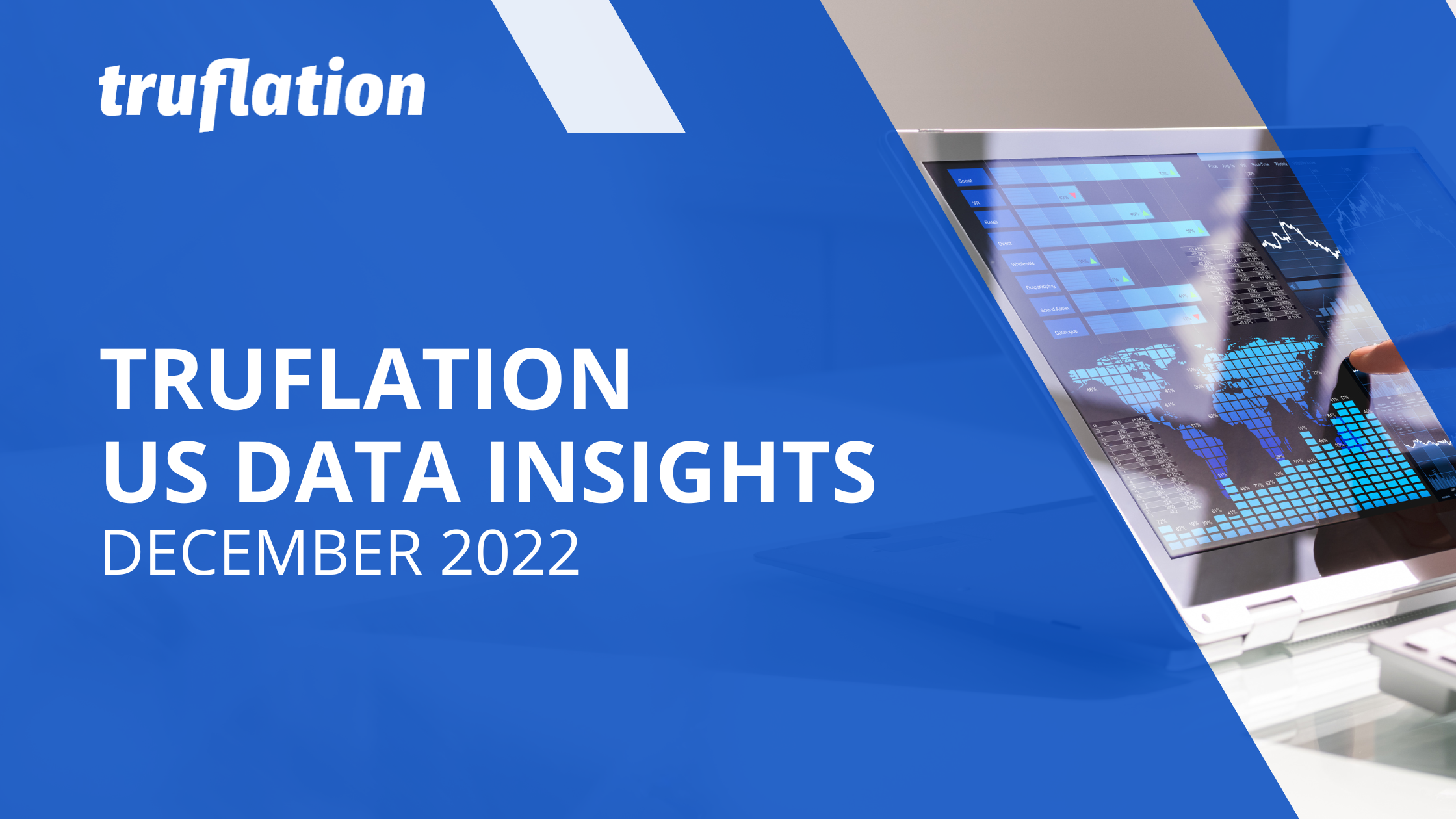 The data coming out of the US signaled a further slowdown in inflation in November, as measured by the Consumer Price Index (CPI), led by falling oil and housing prices as pricing continues to unwind from pre-2020 levels.

Economic rhetoric is now turning to the risks of a recession, with major US banks warning that the economic downturn will soon begin affecting consumer confidence. With this in mind, let’s dive deeper into the data to gauge the outlook for inflation in the US.

The Truflation US CPI has continued to drop throughout November as price pressures eased further. The Truflation US index has fallen to 6% as of December 8, down from 6.5% as of November 30 and 7.4% at the end of October.

Some of the categories contributing to this decline are:

Meanwhile, other economic and financial data coming out of the US points to a mixed picture for the coming months.

Given this mixed picture, the US Federal Reserve can be expected to continue tightening monetary policy for the time being. However, the pace of hikes is set to decrease from 0.75% to 0.5% at the next monetary policy meeting on December 13-14.

This has already been priced in by the market, with gold prices up 1% on Dec. 7, while the US dollar dipped against rival currencies and 10-year US Treasury yields fell to their lowest levels since September at 3.47%.

In terms of our expectations for the US inflation announcement on Tuesday, Truflation is predicting the US Bureau of Labor Statistics (BLS) reported inflation figure will come in at 7.4% for November, 0.3% lower than the previous month's figure of 7.7%.

Oliver Rust, Truflation's Project Lead and Data Expert, said: "Despite an easing of inflationary pressures in the US, we expect the Federal Reserve to continue on its path of monetary tightening for the time being, albeit at a reduced pace. We expect the federal funds rate to be increased to 4.25%-4.50% at the December meeting. We will be closely watching the economic data for signs of recession in the coming months."